We sold up and moved out and bought a boat!! 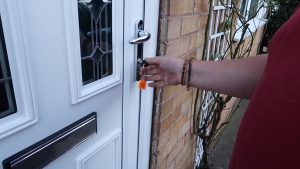 Well we did it!!  We spent the week emptying the house, numerous trips to the refuse centre putting loads of stuff from the attic into the skips. It took us three days almost to clear the attic space, and a couple of days to clear the rest of the house.

The new van we have bought came into its own to help with the clearance, without it we really would have been struggling. We were starting early in the morning and finishing late on, it was non-stop. It was easier than we thought to get rid of some of the stuff and eventually we got to the point where if it didn’t have sentimental value and no purpose on the boat then it was going in the skip! It got easier throughout the week.

Friday morning came and we got the telephone call from the solicitor to say the money from the house sale had been transferred into our bank account. We could now pay for the boat! We gave the new owners of the house a phone call and arranged to hand over the keys at 5pm.

We continued emptying the last few things throughout the day and at 5pm the one of the new owners arrived. We handed over a key, the others were left on the table. The new owner didn’t want to go into the house until she was with her partner who was still at work. So she was quite happy for us to finish off and then when we had done, lock up and put the key through the letterbox.

We were homeless!! Well not quite, we are currently staying with our son and his girlfriend at their house, just while we do the conversion on the van. I am sleeping in the van and Jenny is sleeping in their spare single bedroom. As this week has gone on the insulation has been completed, the electrical wiring has been installed along with the leisure battery, fuse box, invertor and mains. Part of the roof lining has been installed and this week we are hoping to get it almost finished. We are filming it as we go so will put out a video of the conversion progress.

On Wednesday morning we paid the balance on the boat and were now the new owners of a Bavaria 47 named “DREAM” She is now our boat!  We have now insured the boat, sorted out the registration with the Small Ship Register and sorted out the ships radio licence. We know there will be other formalities to sort when we get to the boat. We have liaised with the marina and let them know an approximate date when we expect to arrive at the marina and requested that our berth is ready for us to put the boat back in the water once we have anti-fouled it.

So that’s an update on the last week or two. Don’t forget to tune into our live chats on You Tube on a Sunday evening. We have had to schedule this weekends for 9pm UK time again due to hospital visits to see my Dad who is still there.

Thats it for now.