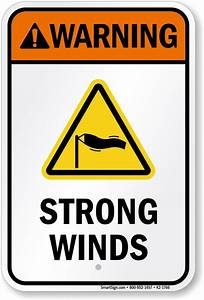 A couple of days ago the weather forecast for the sea of Crete wasn’t looking too good. We use several different weather apps but find “Windy” is quite accurate for this area. According to Windy the wind on Thursday night was going to pick up to the late 40’s knots.

We spent the day sorting out our AIS system. When we moved aboard Dream we found an AIS receiver wrapped up in bubble wrap with a letter from the manufacturers saying it had been tested and was working okay. It just required re-connecting…or so we thought! It was re-connected and although power was showing on the unit, the channel lights were not flashing and the display on the Raymarine chart plotter was saying “no AIS”!
A neighbour of ours is quite a whizz with electrical stuff and after a thorough examination and exploration we deduced it was a fault with the antenna, either the cable or the antenna itself. So we had to lower down the aluminium mast pole that supports the radar and our antennas to investigate further. We made up a bit of a temporary antenna using just wire and after fiddling with the connector that sends the signal to the plotter we finally got boats showing up on the display..success!
The next thing was to put new cable to the existing antenna. Once done it was then the job of raising the pole, which I must add was straddled now between the rear deck of the boat and the pontoon. This is easier to talk about than actually do because of the angles it had to be lifted at and the leverage we had. We had Paeter on the pontoon, Jenny was at the rear of the boat pulling on a rope and I was on the rear deck supporting the full weight at the bottom of the pole. Jenny pulled on the rope, I lifted and Paeter lost his balance and was flapping his arms around trying not to fall into the water. It was funny, but could have had ended quite differently.
By now the wind had started to increase and the sky had started going really dark with rain clouds. It was as though someone had switched off the lights. No sooner had we got the top bolt into the retaining bracket on the pole than the rain started after a massive clap of thunder and a lightning bolt. A metal pole is the last thing to be hanging onto in a thunder storm so the fastening was expedited and we went below whilst the thunderstorm blew over.
We had a break in the rain and finished making the pole secure. By now the swell had increased and so had the wind, the rain was starting to get heavy again.
Paeter made a dash for his boat and we battened down the hatches in readiness for what was about to come.

Around 10.30pm the boat was rolling about a bit, but we were quite happy the boat was safe and we were safe. All of sudden we felt the boat roll to starboard and things on the side were sliding about. We knew we couldn’t go anywhere as we were securely tied up, I went up into the cockpit and looked at the wind monitor, we were getting winds of 46-48 knots constant. I checked the highest recording and we had just recorded 50.6 Knots! We were rolling around quite a bit but decided it was time to go to bed and sleep through it. We woke up the following morning at 10.30am!

Facebook the following morning had pictures from around the town and there had been structural damage to some of the restaurant fronts and seating areas, luckily everyone in the marina came out unscathed.

This morning, we have rolled up all the sides on the winter cockpit tent, sat here again in T-shirts and shorts, the sun is on my back and its warm with blue skies again. There is just about enough breeze to move the Greek courtesy flag we have flying. Jen has just got back from washing som clothes and now hanging them out around the boat to dry.

Don’t forget to subscribe to our YouTube channel. We are now a few weeks behind real time but catching up.

Have a great day,
Carl & Jenny