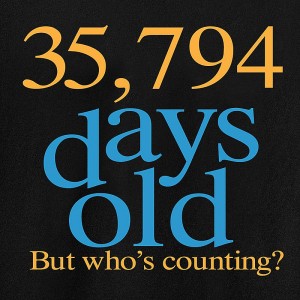 Well today is my birthday, yay. My 50th to be more precise! My God, where have all those years gone? Half a century sounds a long time but tell that to any 50-year old and they’ll probably say it feels like no time at all. Many people have established themselves in their chosen or given career and made small but significant accomplishments in their lifetime. But for some, their careers are just beginning. For us its a final year in the change of the rest of our lives. Its hitting home now that we only have just over 12 months to put everything in to gear for buying and moving aboard our boat. I’m sure we’ll have more things to do at the end of the 12 months.

In the meantime we are off to celebrate my birthday. Me and Jenny are going out for a late lunch and then the plan was to go up to my parents for tea. My Dad suffered a massive stroke 4 months ago and it has left him paralysed down his right side, speech problems and other issues. He has always been really fit and active so this was a massive blow to us all. My Mum is coping (just) but it’s very hard for her. So this evening we had planned to take a cake up and have a small celebration of their little boy becoming 50!! That was until we had a phone call this morning. He’s been taken back into hospital again, (he’s only been out three weeks and already had to go back once). Apparently he stopped breathing for a short time although now he is okay. So the cake might have to be had at the hospital if they keep him again.  It’s worrying times but we have a strong close family and will get through it. Hope they let him back home today though!

So, for now, we’ll go and have some lunch and wait to see if we are visiting the hospital or keeping to the original plan.