The time is ticking down and getting faster!!

Well it seems ages ago now that we publicly announced to our friends and family that once we had retired we would be selling up, buying a boat and sailing off into the sunset. Even sitting here writing this it still seems a long way off, but not any more!

Our plan has always been to retire from work, sell the house and possessions, apart from a few sentimental ones, get the boat and set off! Family have always said “oh you’ll never do it” others have tried to talk us out of it, but now the time is coming quickly to put our dreams into fruition. I (Carl) finished work last Friday, although my official retirement date is in five days time. 30 years serving Queen and Country. Jenny finishes a few days later. At least I get a few days to myself lol!
“What’s happening with the kids?” we’ve been asked many times. Well our daughter is 23, has her own career working for Audi and is also a singer/ songwriter. She now lives up near Newcastle with her job. Our son (almost 21) has recently moved out and got his own house and is now settling into that quite well, although he calls on his way from work a few times a week for his tea. He has a job in the construction industry that he absolutely loves. So thats those two sorted. That just leaves our dog “Ruger”. 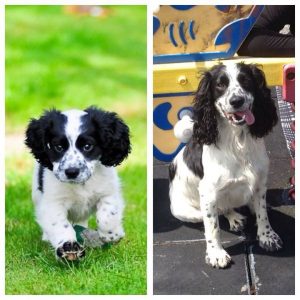 We’ve had him since he was a pup and he’s been one of the best dogs we’ve ever had. However, he doesn’t travel that well and as much as we have considered taking him with us, we feel it would be too stressful for him to move onto a boat, and also our plans involve flying back home every few months and that would be totally impractical with having a dog onboard, what would we do with him when we fly home? So, reluctantly, we have found a new home for him. He will be going this coming weekend, i’m not looking forward to the day at all. We are so confident though with his new owners. They had a dog just like him who they idolised but who passed of old age, and from the meetings we’ve had, along with Ruger, they have already fallen in love with him and he has taken to them. We can be sure that he will be looked after well.

Questions we’ve faced along the way.
“Why would anyone want to give up all that they had acquired throughout their working lives to live on a boat?”
Well thats an easy one to answer, it’s something we set our heart on doing 30 yrs ago when I started my career. We knew back then that if I completed my 30yrs service then I would walk away at a fairly youngish age, have a good pension and a good payout. We love to travel, and we love seeing all the different cultures, and whilst we love being in Foreign countries, we wouldn’t want to settle in just the one, so why not do it by boat. We can stay in one place until we get fed up then move on.

“Why would you put yourselves in danger and move away from everything we hold dear?”
Have you ever seen the statistics for road traffic collisions/fatalities etc in this country. Well i’ve dealt with more than my fair share of them in the last 30yrs. If I never saw another one in the next ten years it would be too soon! I haven’t got numbers to hand but it’s going to be a hell of a lot more than people coming a cropper out on the ocean waves. Yes there are Pirates in certain areas, simple, don’t go to those areas. You wouldn’t walk down a dark alley in a rough neighbourhood at night for risk of being mugged, assaulted etc, same thing goes out on the sea.  Yes we won’t be just a five minute car ride away from our family, but with phones, internet, skype, email we have instant communication, other than if we are a long way offshore. If we need to get back home its a four hour journey.

“You are going into the total unknown with no real plan.”
Well yes we are sort of, but not totally. We know we want to spend the first couple or three seasons down in the Med area around Greece, Turkey, Spain, Italy and eventually cross the Atlantic down to the Caribbean and beyond. But the beauty is we aren’t stuck to a timetable or itinerary. If we like somewhere we may stay a while, somewhere else where we’re not too keen on may be just a day or two, and that is what is exciting to us. We will just go, see what happens and follow the wind.

One of the main things we are looking forward to is meeting new people and new friends. Through our YouTube channel and Social Media we have already met up with a few new people and become friends. So far, because we all have something in common there’s been quite a natural bonding which has been nice. We are looking forward to inviting crews from neighbouring yachts over for a sundowner, and maybe even getting invited aboard theirs 🙂 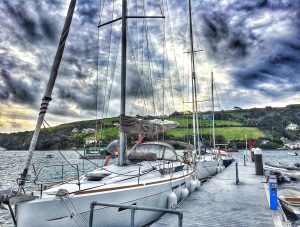 So much to look forward to! But in the meantime we have so much to do to fully prepare. Our possessions are getting moved on albeit a bit to slow for Jens liking. I really must start listing on Ebay, Gumtree etc. again.
We would really appreciate it if you could take a look at our YouTube channel, have a look at the videos, and once you’ve watched it give it a big thumbs up using the Like button. If you want to see more and keep up to date as our plans progress click on the subscribe button as well and you’ll not miss an episode. Just click on the button below go straight to our channel, but just before you do, why not leave us a comment below. We’ll be sure to read and answer them all.

Until the next entry, take care, thanks for reading and have a great day.
Follow our blog with Bloglovin